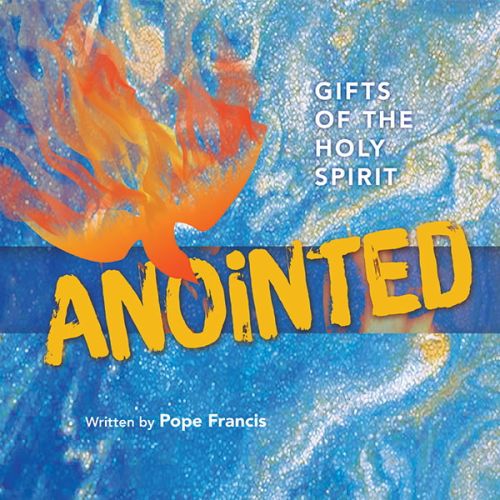 Pope Francis
Be the first to review this product
$18.95
Item Code
174040
EAN/UPC
9780819808561
Publisher
Pauline Books & Media B
A collection of the Pope's thoughts on the gifts of the Holy Spirit especially for Confirmation Confirmation is an important milestone in the life of every believer. If baptism is the sacrament of rebirth into a new and supernatural life, confirmation is the sacrament of maturity and coming of age. This confirmation in the power of the Holy Spirit leading to a firm profession of faith has always been the particular effect that Catholic tradition has ascribed to the sacrament.

Pope Francis has spoken frequently about confirmation and the gifts of the Holy Spirit. This volume, developed with young people in mind, is a collection of the Pope's encouraging words to us on the gifts of the Holy Spirit: wisdom, understanding, counsel, fortitude, knowledge, piety, and fear of the Lord. Compiler Jaymie Stuart Wolfe has added a foreword and a section of prayers that include the Holy Spirit in Scripture, praying with the Catechism of the Catholic Church, and the Veni Sancte Spiritus. Designed to engage the young and foster a life-giving faith, Anointed will make the perfect gift for all those celebrating or preparing for the sacrament of confirmation.

Add to Wish List
Read a Sample
About this item
Format:
Paperback
Pages:
120
Dimensions(Inches):
6.75 x 6.75
About the author
Jorge Mario Bergoglio was elected the 266th pope of the Roman Catholic Church in March 2013, becoming Pope Francis. He is the first pope from the Americas. His tenure has been characterized by humility and outspoken support of the world's poor and marginalized people, and he has been involved actively in areas of political diplomacy and environmental advocacy.
Reviews
Write Your Own Review