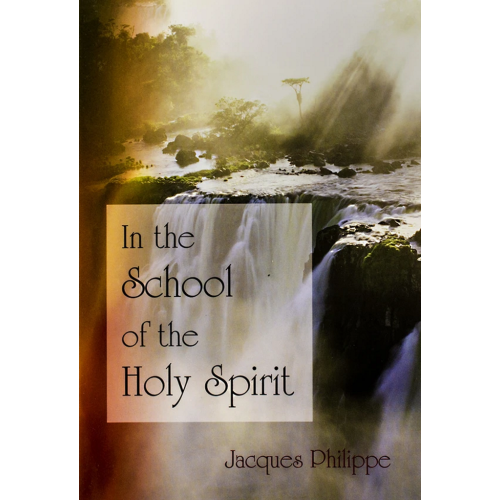 In School Of Holy Spirit

Philippe Jacques
Be the first to review this product
$13.95
Item Code
149824
EAN/UPC
9781594170539
Publisher
Scepter Publishers
In the prayer lives of many Christians there is one person of the Trinity that often goes overlooked - The Holy Spirit. The Holy Spirit is no less involved in our lives than the Father and the Son, yet many are unaware of this. Jesus said about the Holy Spirit, "If I go, I will send you another Comforter." But are we aware of the Holy Spirit in our lives?

In his clear and simple style, he illustrates his points with many examples from modern life. The book can be a valuable aid in your own spiritual journey.
Add to Wish List
About this item
Format:
Paperback
Pages:
90
Dimensions(Inches):
5.20 x 7.00
About the author
Jacques Philippe was born into a Christian family on March 12, 1947 in Lorraine, France. After studying mathematics in college, he spent several years teaching and doing scientific research. In 1976, he met the then recently-founded Community of the Beatitudes and answered the Lord's call to follow Him through this vocation (see below for more information on the Community of the Beatitudes). He then spent several years in Jerusalem and Nazareth immersing himself in the study of Hebrew and the Jewish roots of Christianity. In 1981, he traveled to Rome to study theology and canon law and also began his work as a spiritual director, working in the formation of priests and seminarians of the Community. In 1994, he returned to France, where he assumed various responsibilities including spiritual direction, the development of training in the Community, and participation in its General Council. He has also preached retreats regularly in France and abroad and has consolidated his principal retreat themes into five books on spirituality. In recent years, he has devoted himself primarily to spiritual direction, preaching retreats, and working for the development of the Community in Asia and Oceania, where he travels frequently.

Communaute des Beatitudes is an international association of the faithful of Pontifical Right founded in France in 1973. The Community of the Beatitudes gathers faithful from all states of life (married or unmarried lay people, seminarians, priests, permanent deacon
Reviews
Write Your Own Review