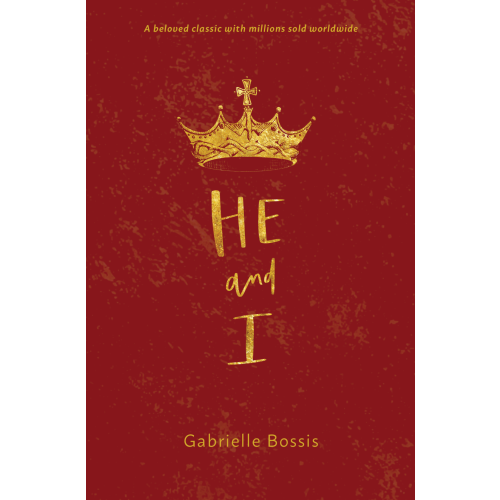 Bossis Gabrielle
2  Reviews
$27.95
Item Code
164553
EAN/UPC
9780819834386
Publisher
Pauline Books & Media B
Enter into the intimate, interior conversations between Jesus and Gabrielle Bossis.
In this timeless spiritual classic, you share in the profound and touching experience of Gabrielle Bossis-a French nurse and playwright living as a single woman in the early 20th century-while she hears the inner voice of Jesus in the core of her being.

It was not until the age of 62 while traveling to Canada aboard the 'Ile de France' that Gabrielle began a dialogue with this inner voice. From that time until two weeks before her death in 1950, the voice of Jesus summoned her not only in church and during prayer, but amidst the hustle and bustle of modern life. From flying on an airplane, to riding the metro during rush hour in Paris, to walking through the crowds of busy city streets, to performing on a theatrical stage, Gabrielle encountered Jesus during all of her experiences. Even when she was contemplating her innermost thoughts and feelings, Jesus was striking up a conversation with her.

Recorded in her diary from 1936 to 1950, their tender exchanges capture Gabrielle's transformative spiritual journey as her doubt evolves into confidence. But they also capture Jesus' enduring presence in our daily lives, his insistence on serving others with kindness, and his encompassing love for humanity-and show that you, too, can experience an intimacy with Christ.

Add to Wish List
Read a Sample
About this item
Format:
Paperback
Pages:
336
Dimensions(Inches):
5.25 x 8.00
About the author
Born and raised in France, Gabrielle Bossis (1874-1950) was a single woman and a nurse during World War I. In her later years she became a playwright and touring artist. Known by friends and acquaintances for her vivacious personality and infectious laughter, her journals revealed a rich spiritual life. The original French edition of Lui et Moi has been translated into several languages and sold worldwide.
Reviews 2
Write Your Own Review