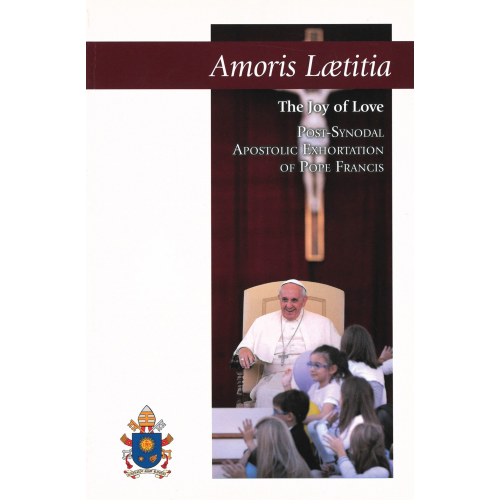 Pope Francis
Be the first to review this product
$13.95
Item Code
194755
EAN/UPC
9780889977815
Publisher
Concacan Inc
This Apostolic Exhortation reminds us that "the desire to marry and form a family remains vibrant, especially among young people," and that "the Christian proclamation on the family is good news indeed" (no. 1). At the same time, the Exhortation reflects on the "crises, worries and difficulties" which face family life (no. 231), and reminds pastors and communities of faith to prepare couples for marriage (no. 205) and accompany them in the first years of married life (no. 217). Likewise, Amoris Laetitia challenges all the faithful to do more in accompanying, discerning and integrating those family situations which "radically contradict" the ideal of Christian marriage or "realize it in at least a partial and analogous way" (no. 292).
Add to Wish List
About this item
Format:
Paperback
Pages:
232
Dimensions(Inches):
6.00 x 9.00
About the author
Pope Francis was born Jorge Mario Bergoglio on 17 December 1936 in Buenos Aires, Argentina. As a young man, he worked briefly as a chemical technician and nightclub bouncer before entering the Jesuits. He was ordained a priest in 1969, and from 1973 to 1979, was Argentina's Provincial Superior of the Society of Jesus. He became the Archbishop of Buenos Aires in 1998, and was appointed a Cardinal in 2001. Following the resignation of Pope Benedict XVI on 28 February 2013, Bergoglio was named his successor on 13 March. He chose the name Francis in honor of Saint Francis of Assisi. He is the first Jesuit Pope, the first Pope from the Americas, the first Pope from the Southern Hemisphere, and the first non-European Pope in over 1200 years. Pope Francis has been noted for his humility, his concern for the poor, and his commitment to dialogue as a way to build bridges between people of all backgrounds, beliefs, and faiths.
Reviews
Write Your Own Review